Sometimes a brief is simple in what it asks you to do: highlight that a sale is now on, show how customers could save money, show how a food product gives energy.
It’s the way the brief is approached that makes the difference, and how much interference from others – outside of the creatives – there is.

Take this example, from BA: 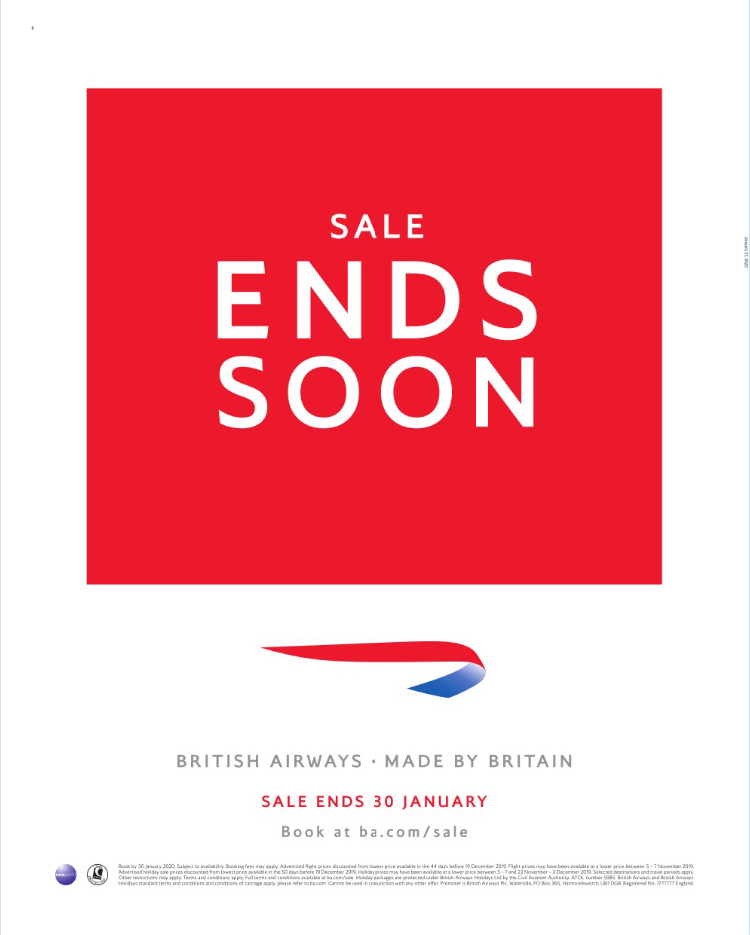 Compare it to this ad, conveying the simple benefit of ‘save money on fuel’: 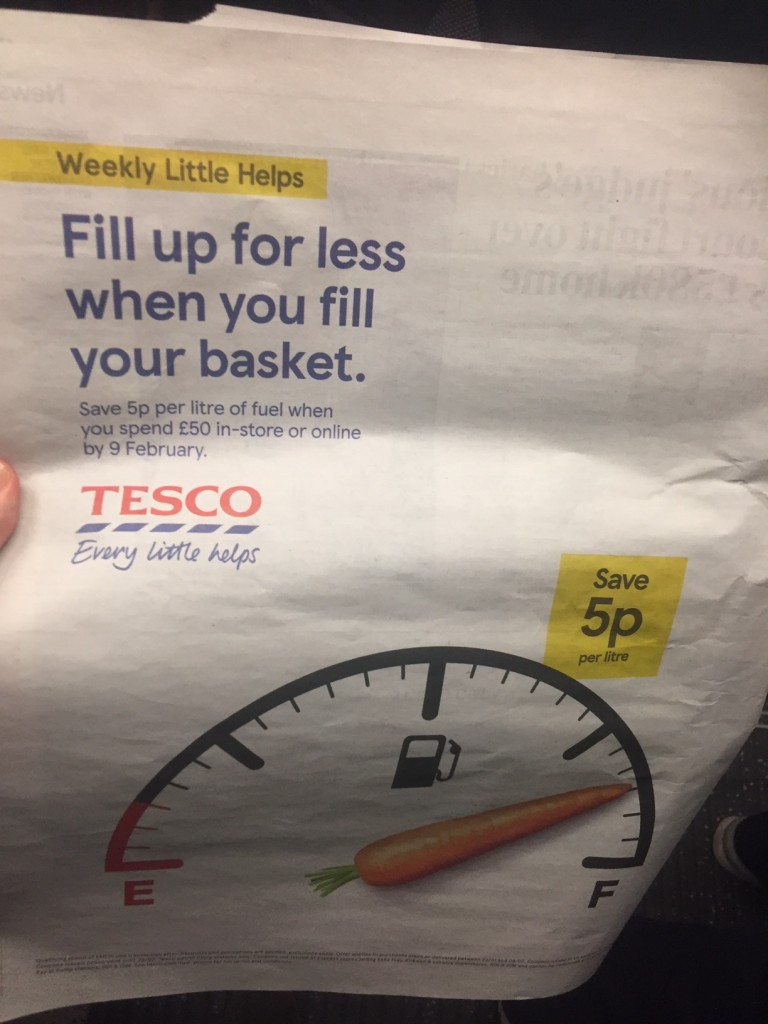 The benefit is simply ‘save 5p a litre on fuel, when you spend £50 on shopping in store/online’.
The ad even says as much. But it’s the simple, visual mnemonic that nails the ad – the art directional touch of showing a carrot as part of a fuel gauge.
It would’ve taken 10 seconds to jot that down as a scamp, but in doing so, it shows an element of pride in the work: an element of giving a shit about getting the brand’s message across to consumers (the very basis of advertising), rather than ‘this’ll do’.

Same goes for this, although – for me – it hasn’t quite hit the mark…

I can see what the creative team tried to do, or what the brief said: ‘convey the idea that Soreen gives kids energy’ (and healthy energy at that – not sugar-based).
But if I see the poster on the right first, without seeing the poster on the left, the ad makes no sense to me: ‘eeen’?
It’s also a little clumsy, having to use the actual product name in the ad… but it kind of works.
I can see what the creatives were trying to do, so kudos to them for coming up with an original idea and at least trying to convey the product benefit in an intersting way: they clearly gave a shit about this work.

It’s simple really: if you have one solid benefit to convey, at least try to get it across in a creative, memorable way. Look like – for yourself and your client – you give a shit.