Dots ‘n’ dashes.
That’s all they are when you jot them down.
Morse code on the page.
But my word they make a difference to the meaning, pace, pitch, tone of what you’re writing.

Some of these dots ‘n’ dashes stop you from having to bring a sentence to a screaming halt with a clunky full stop, allowing your copy to flow better.
Sometimes you want short, staccato sentences — rapid fire. Good when you’re trying to write with humour, or gravitas.

Anyway, let’s get down to the nitty gritty — what do all these dots and dashes do?

The en dash:
The en dash is used to show a range of something — dates/years, times, numbers. Essentially, it reads as ‘to’, as in; Tottenham finished sixth in the 2019–2020 season or The meeting will take place on Tuesday, 10am–1pm.
It’s also used to show scores e.g My team won 2–0 or The house voted in favour of the motion, 312–246.
And one more thing; it’s used to denote connection between two things, such as The east–west relationship.
So, that’s the en dash.
Next up…

The hyphen:
The hyphen is largely used to make compound words, particularly compound adjectives, such as the fast-moving car or an up-to-date CV.
In no way does it serve the same purpose as an en dash or em dash, so don’t get them confused.
Other examples of compound adjectives include state-of-the-art technology, the 25-year-old man, comes with a money-back guarantee.

The semi-colon:
An incredibly versatile little chap; the semi-colon can be used in a number of ways. It’s slightly more forceful than a comma, but less so than a full stop.
It’s used most often to separate two clauses, when a coordinating conjunction (but, and, so, yet) isn’t present, for example; (<– oh, the irony) Members were allowed into the bar to order lunch; non-members had to wait outside and queue.
You could use a full stop between the two clauses, but a semi-colon emphasises the connection between them.
The semi-colon can also be used to separate two clauses (again) linked by (and I had to look this up — just being honest) a transitional phrase, like consequently, accordingly, nevertheless, so, thus. For example; I missed the last bus that morning; consequently, I had to drive in and was late … or The snow continued to fall and even started to settle; nevertheless my flight still went ahead.
The well-known use — when writing a list of things with commas in between e.g she wrote out her usual shopping list; orange juice, yoghurts, cheese, milk, eggs etc.
It can also be used for a list, as follows; For the picnic, some brought drinks; others brought sandwiches; some simply brought olives and crisps.
That’s semi-colons put to rights.
Next up, we have…

The colon:
The colon can be used to introduce a list e.g The art show covered three styles: impressionism, cubism, and neo-classicism.
It can also be used to introduce a bullet-pointed list. When used in this way, only the last sentence of the list should have a full stop.
What else?
It can be used to connect two independent clauses, where one explains the other, such as; I had a lot of reading to do: the course started in just four weeks.
And it can be used for emphasising a point/word/phrase at the end of a sentence, much like an em dash (in fact, the two are interchangeable in this respect), such as; The jury finally reached their verdict: guilty or I spent the summer travelling all round South America: it was the trip of a lifetime.
Finally, it can be used with numbers, such as times (2:45pm), ratios (5:1), biblical references (Deuternomy 2:33).
Phew! Last one, the mighty…

And that’s it — lesson done.
That’s all your dots and dashes covered (well maybe all except ellipses … another day perhaps).
There’s a lot here, but see if you can remember bits of it — these dots and dashes might be small, but they make a helluva difference to what you say and how you say it. 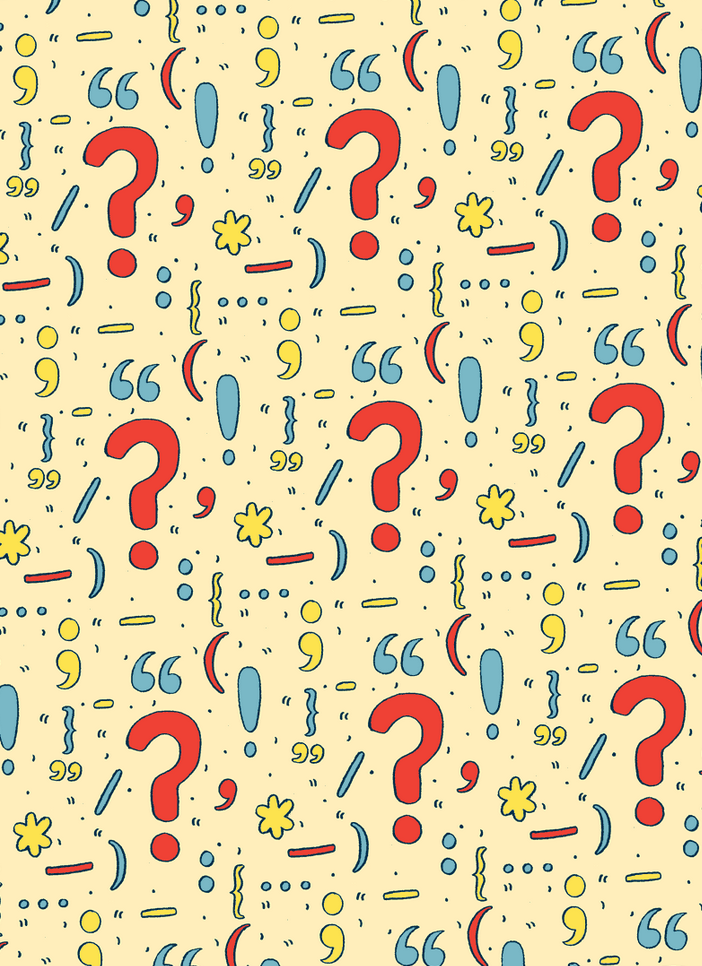