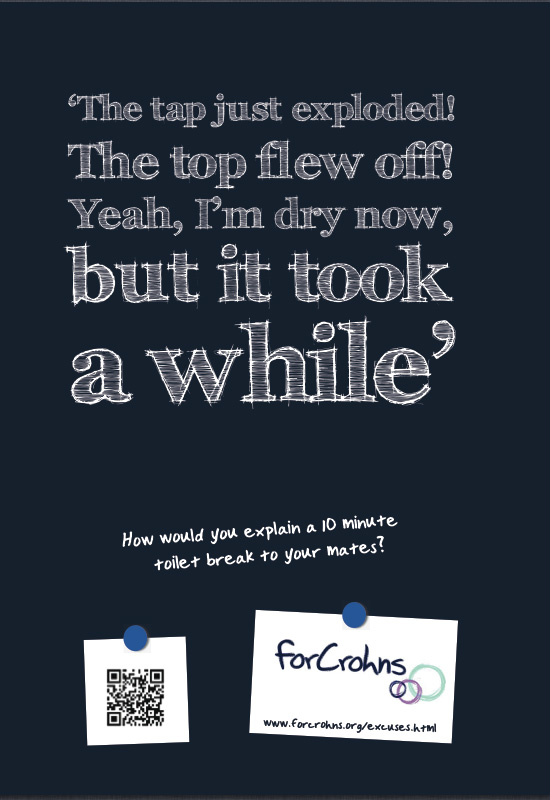 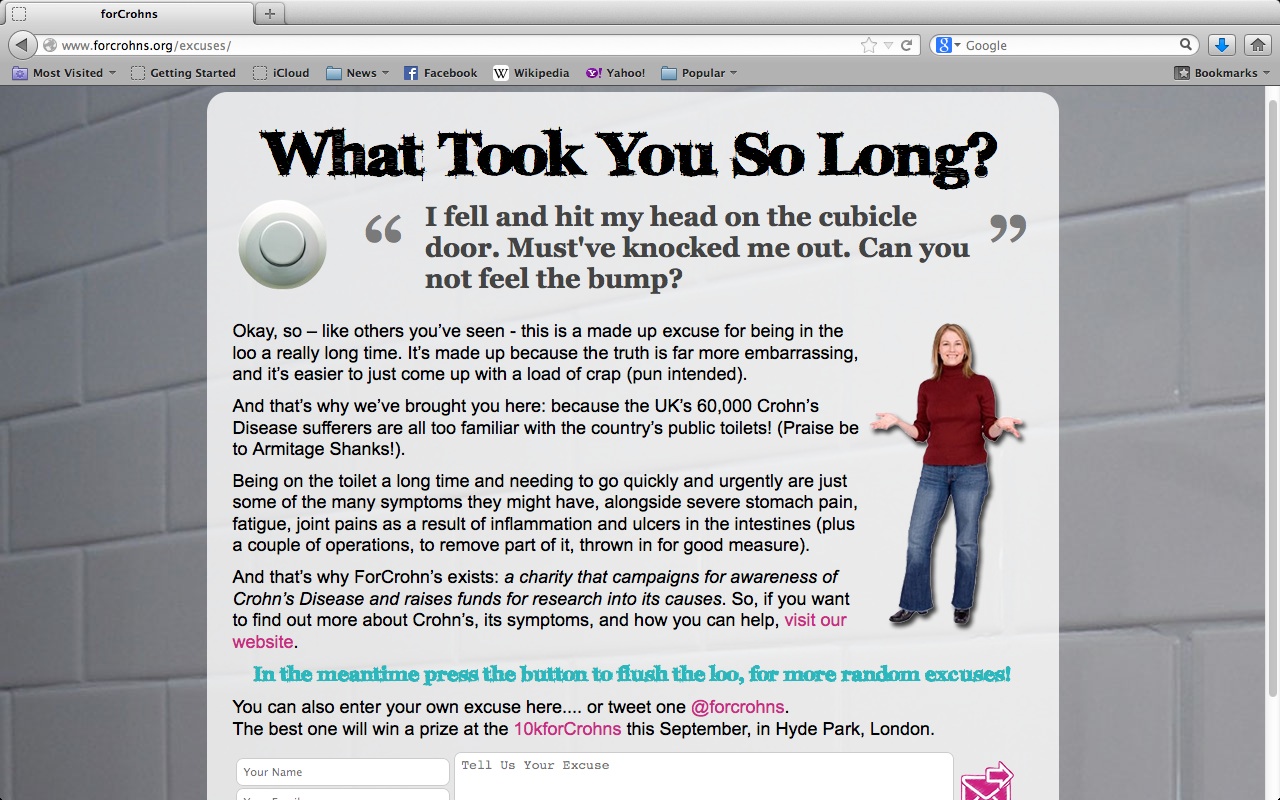 ForCrohns is a UK charity for Crohn’s Disease.

Brief: Little is known about Crohn’s Disease, outside of sufferers and their nearest and dearest, so the brief was to raise awareness of the disease, and the work of ForCrohns, in a fun and engaging way, using relevant media.

Background: As it largely affects the intestines, one well-known symptom of Crohn’s Disease is the need to use the toilet frequently and urgently, which impacts greatly on the daily lives of sufferers.
There are many other issues, including the need for major surgery, skin conditions, dramatic weight loss… but it was decided that the focus should be one thing others could identify with.

Solution: An integrated campaign to give non-sufferers an idea of what it’s like to live with Crohn’s Disease … ‘how would you explain a 10 minute toilet break to your mates?’
Posters carrying this endline, showed a variety of far-fetched (but plausible) excuses for a long trip to the loo. They were placed in an entirely relevant space: public toilets across major UK retail outlets.
The posters drove traffic to an interactive microsite – where people could ‘flush’ for new excuses or enter their own – to find out more about Crohn’s Disease. In turn, this site linked to the main Forcrohns website, where they could see how to get involved in the charity’s events.