Every little helps, apparently.
Except when you admit that your prices could’ve been lower for years. 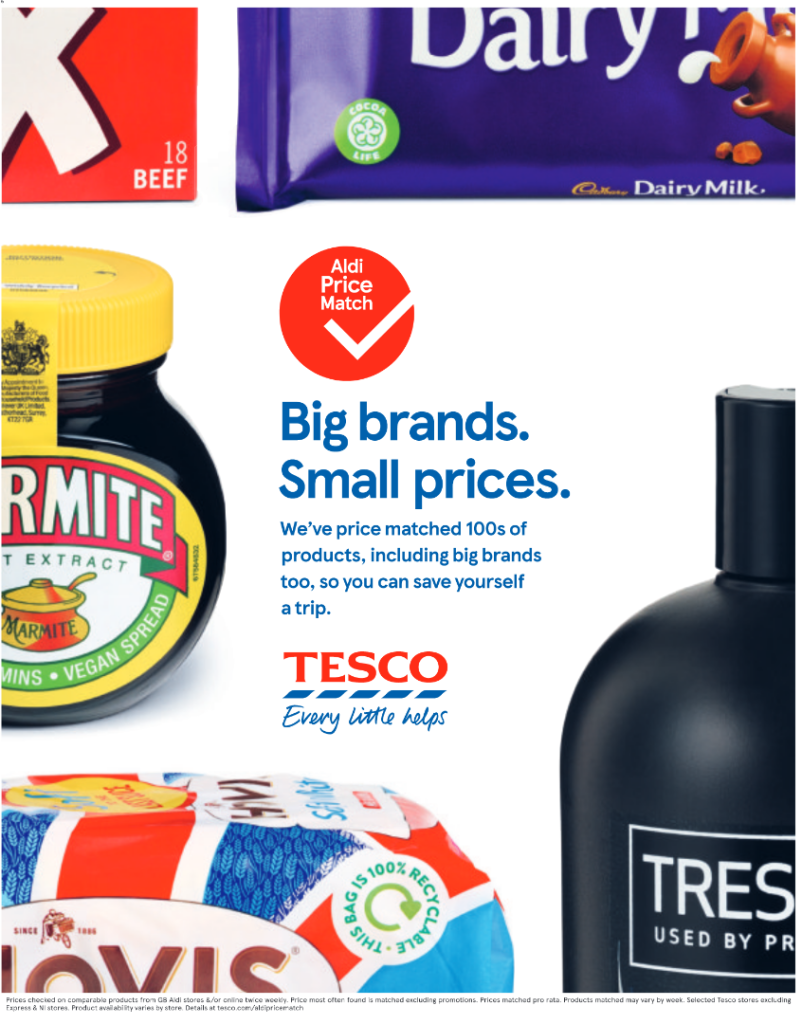 This was one of three ads, all similar, run in the same paper.

So, arguably several years too late, Tesco have started trying to match Aldi on price.
The problem is, this is a frank admission that their prices could’ve been lower all that time – they just chose to keep them higher.
At best it makes them look a bit silly.

It also makes them look scared of the competition: they directly mention a competitor in their own ads.
They’re either worried about losing customers or are already haemorrhaging them to Aldi.

And the ad says ‘so you can save yourself a trip’ – except I’m now inclined to go to the supermarket that kept their prices low in the first place, not as a reactionary move.

The main problem is, I just don’t know where Tesco sit in the market any more.
They used to be the budget supermarket, maybe second to Asda, with their cheery red and blue packaging and their cheap-looking Value range.
Now they’re no longer budget – Aldi and Lidl sit on that particular throne – and they’re not upmarket. They just are.

If you think about all of the other supermarkets, you know their position – their standing, their social status.

If you were to put them in order, from high-end to budget, they’d probably go; M&S, Waitrose, Sainsbury’s, Morrisons, Tesco, Asda, Aldi, Lidl.

They’ve been through many rebrands in recent years, but if you were to ask me what Tesco stand for I couldn’t tell you.
They seem to now be content with riding on the coattails of the budget supermarkets.

I don’t think there’s any chance of them disapperaring from our high streets, but Tesco are in danger of becoming also-rans.